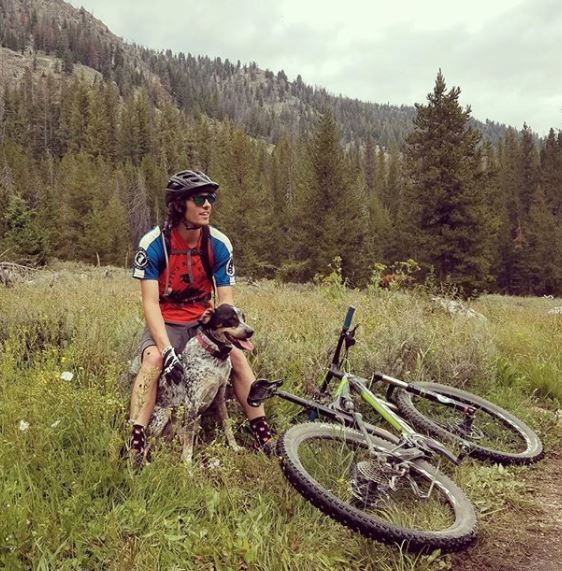 As co-founder of Idahound, Alec Barfield is helping redefine the term “dog food.” The local company, which Barfield launched in January 2014 with partners John Davidson and Chris Cey, makes raw dog food, chews and treats from sheep who are done lambing. Their recipe also includes apples gleaned from fruit trees throughout the valley, carrots and butternut squash, all of which would otherwise end up in the dump. Processing the animals himself weekly, Alec is determined to use every last part of each sheep.

Here’s what Alec said when asked about Idahound and other food-related stuff:

How did you become interested in food?
My interest in food is a direct result of working with Idahound. Chris Cey, who founded the company along with John David Davidson and myself, has a contagious passion for sustainability and realistic food system solutions. Like a lot of millennials, I was aware of the benefits of organic/local foods and costs of industrialized foods. However, it wasn’t until I met Chris that I understood what those ideas meant practically. Once exposed his example, I decided that food was truly one of the more important aspects of my life.

What were some of the barriers you faced when starting Idahound?
None of us had ever run a business before, so everything has been a barrier. When we decided to make dog food from live, locally-culled animals (rather than outsourcing production to a distant factory) it meant developing a production and sales arm simultaneously. On the one hand we were asking a local butcher how to properly quarter and de-bone a sheep, while on the other we were building a website and calling up pet stores.

One of Idahound’s greatest barriers has been educational. Very few people consider their pets to be a part of the food system, even though animals are substantial consumers. People should look at their dog’s bag of kibble and think McDonald’s. Our industrialized food system is why we feed pets meats in cereal form. Idahound wants to offer dog and cat foods that are nutritionally and environmentally superior. We’re still helping owners make that connection.

Over the last few years we’ve also dealt with planning and zoning headaches, the logistical nightmares of frozen products, sheep escapes, livestock attacks, and the list goes on. Exhausting, but interesting.

What is Idahound doing to reduce food waste?
Idahound’s animals are all grassfed cull sheep and cattle, which means they’re no longer breeding stock and need to be sold. Often these animals will die on lengthy journeys to slaughterhouses in California or Colorado. Sometimes the rancher has to simply kill them and the meat is wasted. We pay for these animals and use every part of them. Don’t get me wrong: these aren’t diseased and dead animals. They’re merely old – but some old enough that they could become food waste.In addition, each fall Idahound uses apples gleaned for The Hunger Coalition that are too bruised for human consumption. We also purchase #2 produce from local farmers whenever possible.

How has social media helped you grow Idahound locally and nationally?
The exposure of social media has been enormously helpful. It’s amazing to be able to connect with customers, who share their stories with us online. I’m not sure how I’d be in touch with these people otherwise. Platforms like Facebook and Instagram also require a certain frequency that has helped me hone and tweak our message on a weekly basis. Who doesn’t love pictures of dogs?

What is your biggest wish for food system change?
An end to industrialized animal agriculture. We eat way too much meat, propping us these massive commercial feedlot and processing operations that are inhumane, exploitive, and environmentally destructive. People need to stop eating meat from anywhere besides a trusted, sustainable source.

What change would you like to see in the Wood River Valley area and/or Idaho in terms of food?
I want to see continued collaboration among like-minded producers. One of Idahound’s ongoing hurdles is scale. When it comes to things like refrigeration and storage, for example, it’s amazing what two or three partners can achieve together rather than independently. I’d like to see more producers team up, create mutual economies of scale and build some food infrastructure.

Where can Idahound products be purchased?
At all three Atkinsons’ markets, Thunderpaws, Wood River Sustainability Center, 5B Paws ‘N Claws, and at Idahound.com.